Nangs, Side Effects of Nangs and Market of Nangs in Melbourne Australia 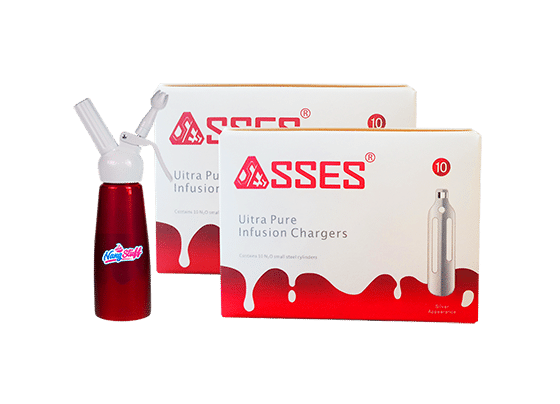 Nangs, whip-its, chargers, bulbs, Nos, laughing gas – there are a lot of names for this substance loved by the users of kitchen suppliers and chefs. It is legally available for purchase. However, it is illegal to use it to get high.

Nangs, bulbs, whippers and laughing gas refer to nitrous oxide (N2O). It is cheap and quick affecting stuff that lasts anywhere between ten seconds to five minutes. People simply use balloons to distill the nitrous oxide out of the cartridges for the consumption of gas. Although Nangs have been around for a very long time, we are now coming to understand their use for different purposes in both positive and negative ways by the general users.

Perhaps most of the people don’t know about nangs – they might have just seen the empty steel cartridges littering a dance floor, or naturally thought of your friends and party attenders who blow up several balloons on their camps and surrounding decorations.

Nangs have been used to make whipped creams since 1930. It is the most favorite product of kitchen chefs and suppliers because of its simple usage for bakery purposes. However, nangs have been used recreationally for more than 40 years before they were used for anything else.

Nangs is a slang name for the small metal cylinders usually used in whipped cream chargers. They are also called mossies or whippets. Moreover, each cylinder is filled with a quantity of eight grams of NOS. Nangs are typically used in kitchens to whip cream but are used by many as recreational drugs. It has been 100 years that nangs are used as an anesthetic. Most people probably know it as laughing gas.

In general medication, it is usually mixed with oxygen and inhaled by using a small mask. The gas helps in relaxing the sufferer during treatment processes like childbirth and dental surgery where general anesthetics are replaced with NOS from healthcare providers. Furthermore, people who are severely alcoholic can give up their drinking habits by using nangs.

How to use Nangs:

Nangs are considered as high-quality products in the kitchen supplies market mostly used by professionals and experts. It has been sixty years since the technology of the whipped cream dispensers model has been introduced. However, they are very simple to use. For example, if anyone wants to use it to make fresh whipped cream, the following is the process of its usage in a kitchen:

Its user has to plainly put in the fresh whipped cream with confectioning sugar. Then comes the chargers which the baker has to shake for about 30-45 seconds, and the freshly whipped cream is ready to enjoy. This cream will last for about two weeks in a refrigerator without any conservatives or pacifiers.  The NOS dispenser of cream whipper uses a charger with valve-screw to work with three decoration tips included in it. It is exclusively designed to contain a metal body containing a plastic head on anodized aluminum.

Side effects of Nangs:

It is a well-known fact that Nangs has no role in getting its users high just like other illegal drugs i.e; Cocaine or MDMA. Their side effects come from cutting off your air supply for a bit.

These cream whippers are in the shape of small cylinders filled with nitrous oxide, often mentioned as NOS. When it is used as a cream whipper dispenser, it cools down and the cream in liquid form is forced out of its nozzle which is used by the user in baking.

But it is necessary to remove the cream and possibly to dispense the NOS itself. Upon inhaling, the gas gives a very short but severe euphoria to its user. For almost two centuries, it has been used in the medical field for purposes like dental surgery or childbirth for pain relief and sedation.

Apart from its positive usage, people are milking the best out of their actions to prove it as a drug product. And this image is being built by most of the youngsters who are yet to reach the adulthood of their life. However, this can occur if the user is new to the experience of NOS and is using it for the very first time, especially a child. Symptoms to look out for include:

However, there is very little evidence that represents NOS as causing any significant and deep-rooted side effects. The majority of the side effects are instantly diminished once the gas is used. It is best recommended to the people that they should still consult their healthcare provider and inform them about any unusual experience or side effects which lasts for some hours or days post the procedure.

Even though a normal human might not encounter any long-term effects, the continued or calculated usage of nitrous oxide can bring severe health problems. Its vulnerability can cause anemia or deficiency in vitamin B-12. Additionally, the vitamin deficiency can further damage the nerves which can produce numbness in a person’s limbs, fingers, or toes.

Consequently, not a lot of people are habitual to obtaining the NOS. It is not accurately safe to consume nitrous oxide with some medical conditions that pre-exist in some cases. Following are some of the recommended reasons by healthcare providers about why one should not use them as an addicted consumption product:

Having nangs in stock, or otherwise, nitrous oxide found in nangs is legal in countries like Australia, the USA, Europe, UK, and many others. However, to abuse or inhale the gas-filled in nangs is completely illegal. It is legalized in the sense of its usage in the field of kitchen supply, where mostly the chefs prefer it as a cream whipper. Likewise, possessing nangs in some areas where they are of no use has been made illegal.

Nowadays, there is a huge competition going on between nangs delivery suppliers in Melbourne. Approximately thousands of dollars of nangs are being delivered on a regular basis. However, apart from this concern, the majority of competitors have a privacy policy of not handing over the daily routine used products to anyone who is under 18. That is why any user is asked twice before entering on the website till the checkout to accept that he/she is older than 18 years of age as the product itself is for kitchen use only. Upon delivery, he/she is further investigated with legal proof of his age.

Some of the major nangs delivery suppliers in entire Australia are “Nangstuff”, “Nangs king”, “Mr Cream Chargers” etc who deliver nangs across different cities, CBDs, and states. They offer a wide range of flavor-infusing brands like SSES, BestWhip, MOSA, and Ezywhip. However, customer care is their first priority. They have a policy of delivering nangs across their areas 24/7 where the customer is well checked before handing the product over to him.

Often the customers are left surprised about how their ordered nangs are delivered to them so quickly. This is a little secret of suppliers which is still unknown to the users and common people. Furthermore, the division and selling of products is according to the number of packs when the user wills to order. For example, the normal selling method is in the sets. If a user purchases 50 packs of cream chargers, he is usually charged between $60-75 AUD including delivery which seems nothing to the user when compared to the market. This list ranges from the set of 50s to 100s, 200s, and so on in Australia.

Nitrous oxide’s use among teenagers and young adults between the ages of 18-25 has been escalating recently. In 2018, 75 percent of respondents who had used ecstasy or other stimulants also reported the use of nitrous oxide, up from 20 percent in 2013. The 2020 report of the NSW Poisons Information center mentioned a massive surge in the cases of nitrous oxide consumption, whereas the hospitals in NSW also saw a significant increase in NOS poisoning presentations.

The government of South Australia has been quite successful in implementing criminal laws on the sale of nangs. Post-April, they sentenced a rule that products cannot be sold between 10 PM – 5 AM, whereas people who are under 18 should be banned completely and market stores should not be openly displaying nangs as a product of use via their stores.

The representatives for Victoria and NSW state governments suggest that are willing to examine them and take serious measures against this issue, but they are stopped by legislative authorities which makes it difficult for them to litigate those who are performing these offensive activities.

“People who are continuously engaged in supplying the nitrous oxide gas to humans to consume may face fines of up to $8000, combined with two years of imprisonment” – Assistant Commission Glenn Weir said while notifying the media.

Local suppliers and retailers should process their business activity as per laws, specifically in relation to dealing the nitrous oxide in an effective manner.

Conclusively, where the number of users is increasing at a very fast pace in Australia, the nangs delivery Melbourne suppliers are trying their best to suppress its negative usage. That is why, some of the major market holders like Nangs king, Nangstuff, and others have clearly stated in their privacy policy along with a strong disclaimer notification while making a purchase.